The armed and violent conflict in Colombia has been ongoing for 50 years. Peace negotiations between the leftist FARC gurellias and the Colombian State have not gone well and ceace-fire's have come and gone. Hopefully a sustainable settlement can soon be reached, although most think it can take time and some have given up all hope. 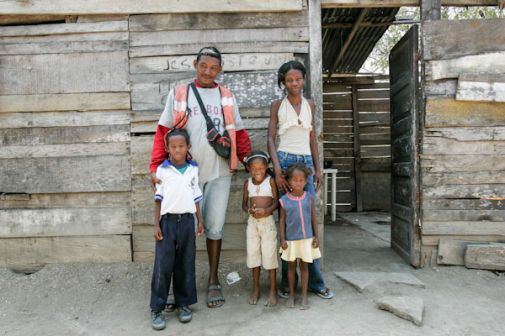 The conflict has seen a quarter million people killed and some 4-5 million internally displaced. I have met several families that are displaced in their own country and many have sad stories. One of the families I met was José and Nayibis Lopez and their three children, the family was forced to flee three times.

They were forced to flee in 2002 from the small community Fundacias Magdalena when paramilitary groups alleged that the family worked with the FARC. José and Nayibis were threatened to death and had no choice but to pack up and flee. They were forced to flee twice in other similar circumstances and finally they ended up in Villa Gloria outside the Colombian coastal city of Cartagena.

The family lives in a small, borrowed, poorly built wooden shack of about 150 square feet. It has two beds, a fan and a TV. Along the walls above the beds hang clothes and toys. Outside the small room is a small space without a roof where they cook. 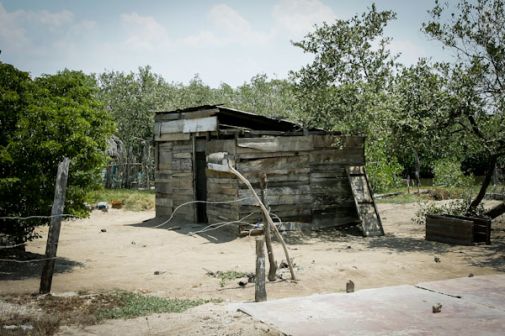 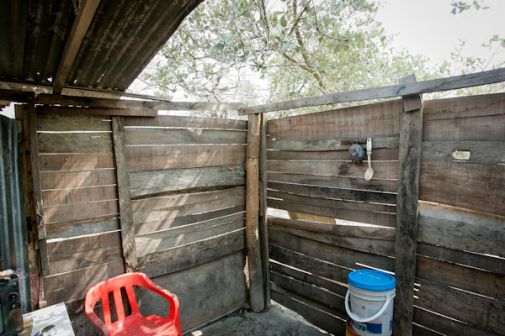 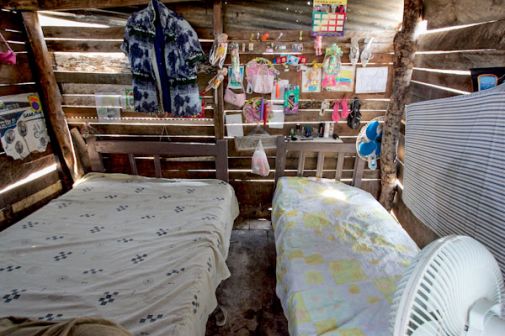 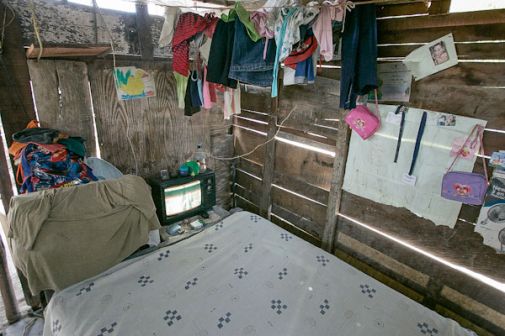 Mom Nayibis told me that during the dry season everything is relatively fine but when the rainy season comes the ground around the house is partially under water and the water comes into the shack; which makes it very difficult to live here. After many years without a job José recently found a job as a motorcycle taxi driver. It is good for the poor family. They have lived a very scant existence since they fled their home due to the fighting.

Join us, support a child