Sunday, December 1, 2013 is a day that will be remembered by the community of Rigaud, Haiti. More than 500 people came to dedicate and open a new church campus. What they found was a beautifully constructed main building, an inviting open walled shelter for open air events, a large baptistery, administration building and restrooms. All set in a nicely landscaped area that is inviting. 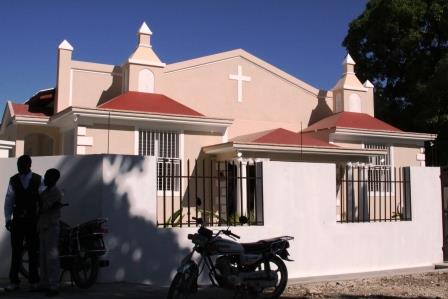 On Sunday the pastor did three ribbon cuttings, one declaring the new facility open to current generation, a second with small children showing that the facility was for the future generations and the last with an elderly lady who had been a member of the church since its founding. Three choirs, pastors from the surrounding area as well as from other Star of Hope projects were on hand to celebrate what God had done. The donors who made this possible sent a representative (Bessie DeWerff) who participated in the ribbon cuttings and a key passing ceremony. Hearing of the joy the donors had in making the gift added to the celebration. 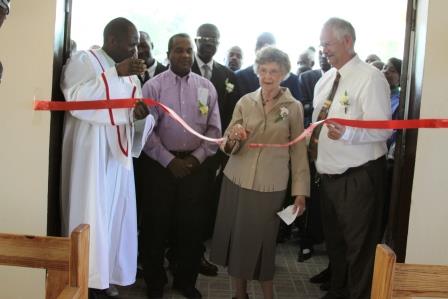 The senior Pastor Jean Sampson Pierre shared from the book of Exodus when Moses met God at the burning bush. He showed how God saw His people's need. He heard their cries (prayers). And He had the power to rescue them. 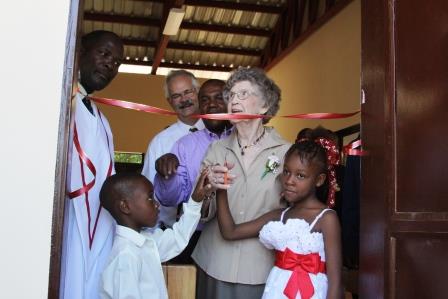 The area of Rigaud saw significant damage from the 2010 earthquake. The school building was heavily damaged but repairable. The church that the people had built themselves more than 20 years ago was turned into a mere shell of a building. Walls were broken open leaving only the roof support columns in place. Houses in the area were heavily damaged and destroyed. In this setting, Star of Hope staff met with the pastor, church leaders, school leaders and members of the community at large.

While the needs for assistance were great in all areas, the plea from the people was simple. Help us get our children back to school as quickly as possible. Donations and funds flowed in and the school building was quickly repaired and eleven new classrooms were even added to the Rigaud School. The people rejoiced over the school, but the small church building continued to
deteriorate. No funds seemed to be available. In January 2013, the mayor of the Rigaud area, with sadness in his heart informed the congregation the building was no longer safe and they must tear it down.

God saw His people's need, heard their cry and had the power to rescue His people. More than 2,000 miles away God moved one of His followers. About the same time that the government said the old building must be torn down for safety, a family came forward in Kansas, USA and said we want to build a church. The process began and in the end a new church stands as testimony of God's provision. 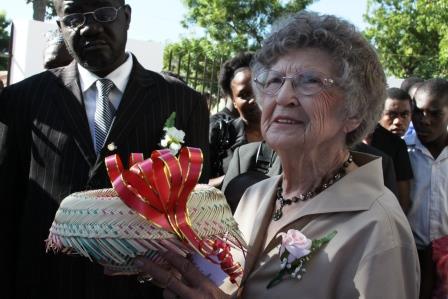 We in Star of Hope join with the people of Rigaud in praising God for His provision through the LD and Marilyn Davis family, whose gift made this possible. Today this new church facility is being used to spread the good news and help make disciples.

Are there other communities who need help? Yes, and we pray for God's provision, in His time.

The slide show has 50 photos! enjoy.