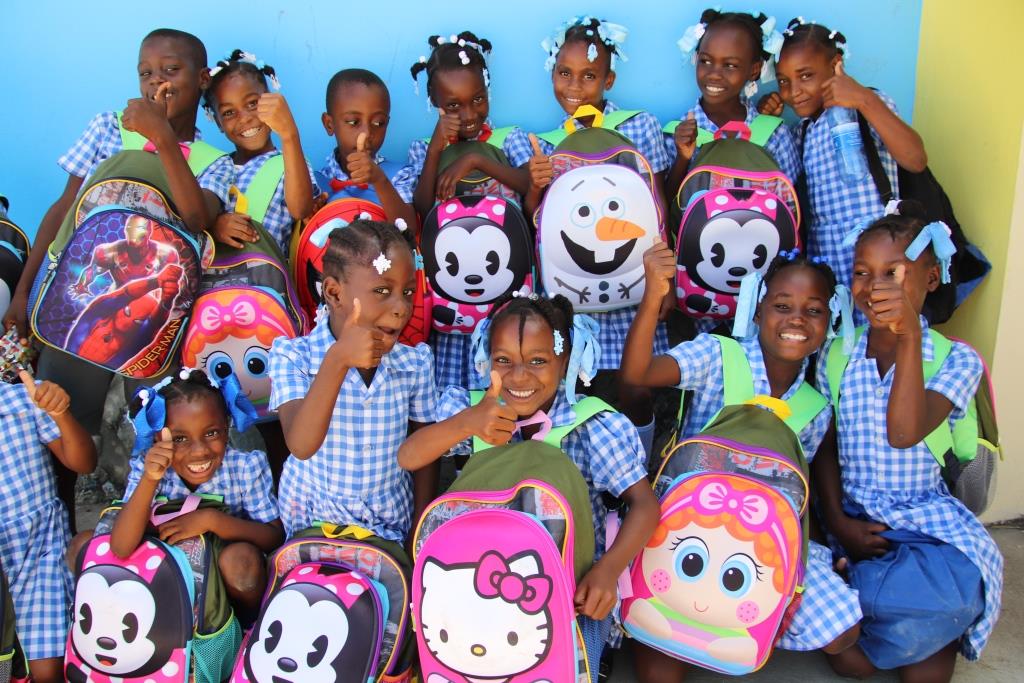 Star of Hope has through various social media and print media outlets talked about the under-reported events in Haiti. Perhaps you have not yet heard about the state of the Nation in our little neighbor. Frustrations are high in Haiti over the shortage of gasoline, although the issue is really about prices. A new normal is in place in Haiti, the locals call it "country on lock". Roadways are blocked by burning barricades, dead vehicles, rocks, rubble and just about anything that would make travel impossible, even for fuel tanker trucks. Cross-cultural barriers in most of our brains make the situation an arguable enigma.

Here is an edited report from Tony Boursquiot, one of our directors in Haiti.

Star of Hope Haiti, September 9, 2019.
The new Haitian school year began on the 9th of September 2019 and will end at the end of June 2020 as usual. The school year will last 10 months with 189 school days and 11 days of holidays. Four million children, (4,000,000) from preschool to high school are expected to go to school this year. Due to the severe fuel shortage and other crises, the country is paralyzed. Public transportation has been sitting still for 2 months.

Country-wide only 10% of children went to school on the first day. At Star of Hope schools, our principals reported only 20% of the children were at school. 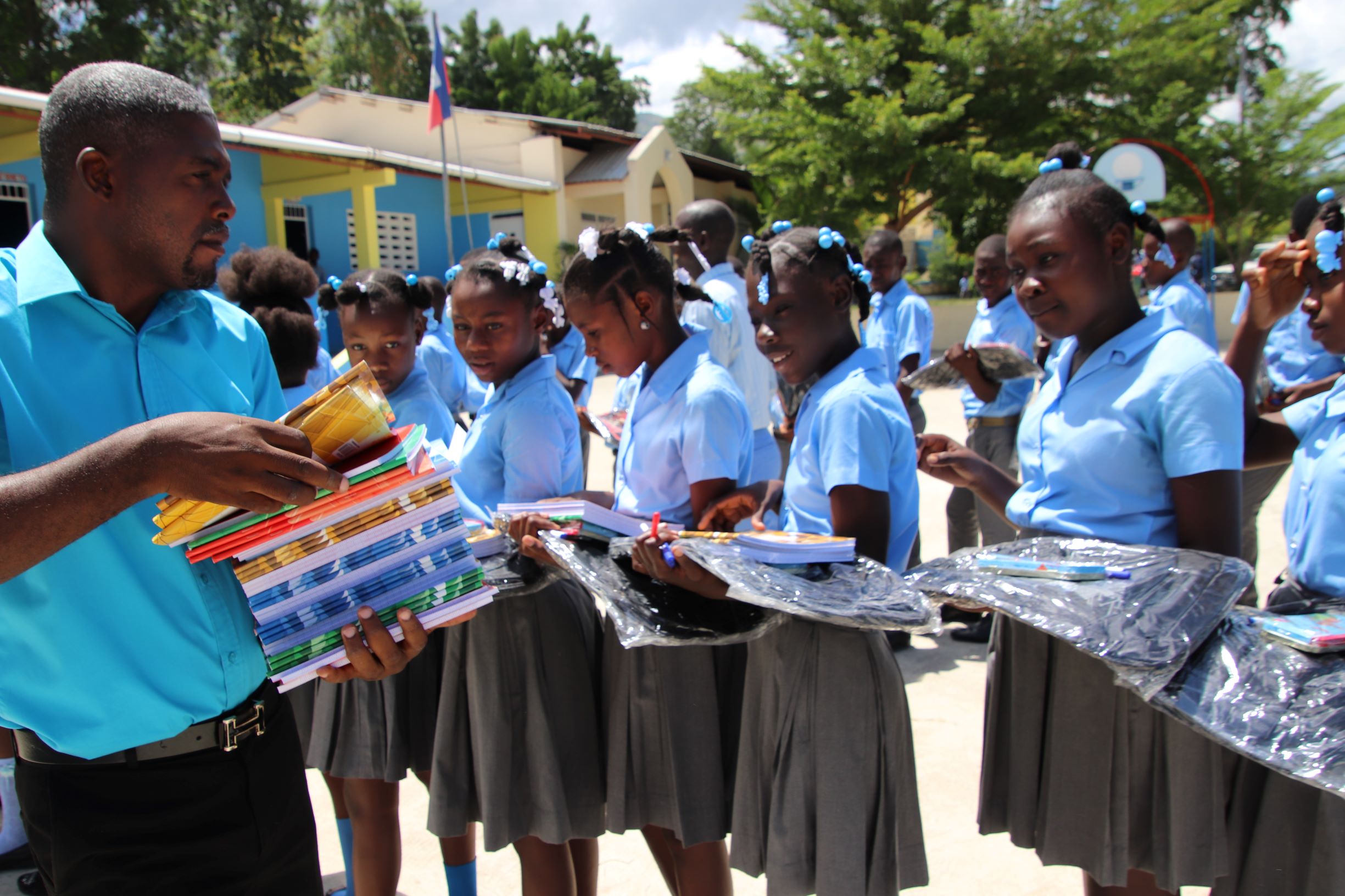 Star of Hope’s support in education will take into account major expenses for students such as and including: salary for more than 300 educational employees, school lunches for 3300 students, one uniform for each student, 5 expensive books, book bags, book supplies, basic health care, class-room furniture, maintenance, and sanitation of school buildings. Star of hope support in education represents about 90% of the total fees required by schools from parents. Parents pay only 10% of annual fees or $ 1 per month per student. This is a common and proven successful practice because when families are stakeholders in the educational process it just works out better.

Star of Hope now provides a higher total cost per child, $185 a year, while parents contribute $10 annually for each child. Despite the parent's low contribution, many parents are unable to pay because of their low purchasing power that has continued to decline. The cost of living has increased considerably; political instability does not promote national investment, employment, and national production, but rather promotes violence, misery and general insecurity across the country. Inflation continues to rise and devaluation harms the economy.

Fuel is another huge concern right now, there is none!

Here tempers flare see video number 2 to find out why and the wait time.

If we can find fuel to run vehicles, then we will begin our visits to the 7 schools next week. We will visit schools to start routine follow up tasks and to assist back to school distribution support such as the distribution of school books, supplies, book bags, classroom equipment ( benches, chairs, tables and blackboards) and complete planning meetings with school staff.

Update: Sep 12, 2019.
Gas shortage in Haiti is getting worse. It’s difficult to find gas at any gas station. Every day is a fight to get a gallon of gas as shown in the video.

Update: Sep 16, 2019.
Most schools in Haiti were closed throughout the first week of opening the new year. The reason is the severe gas shortage and political and economic turmoil or danger.

Today, the first day of the second week, all schools in the cities are still closed for the same reasons but also because of a strike launched by the groups who protested against bad political, economic, and social actions of the government which lead the country toward chaos.

As we could not visit the schools yet because of the lack of gas, blocked roads, and strikes, we keep in touch with the school leaders by phone. They report to us how much the problems have affected the schools functioning since the official opening day.

Last week Star of Hope schools operated less than 50% of the expected numbers of students but today they are running at more than 50%, despite a strike. We are obliged to cancel our school visits this week to distribute 3000 school bags, different school materials, 72 new benches, 72 preschool chairs, and tables, etc ... 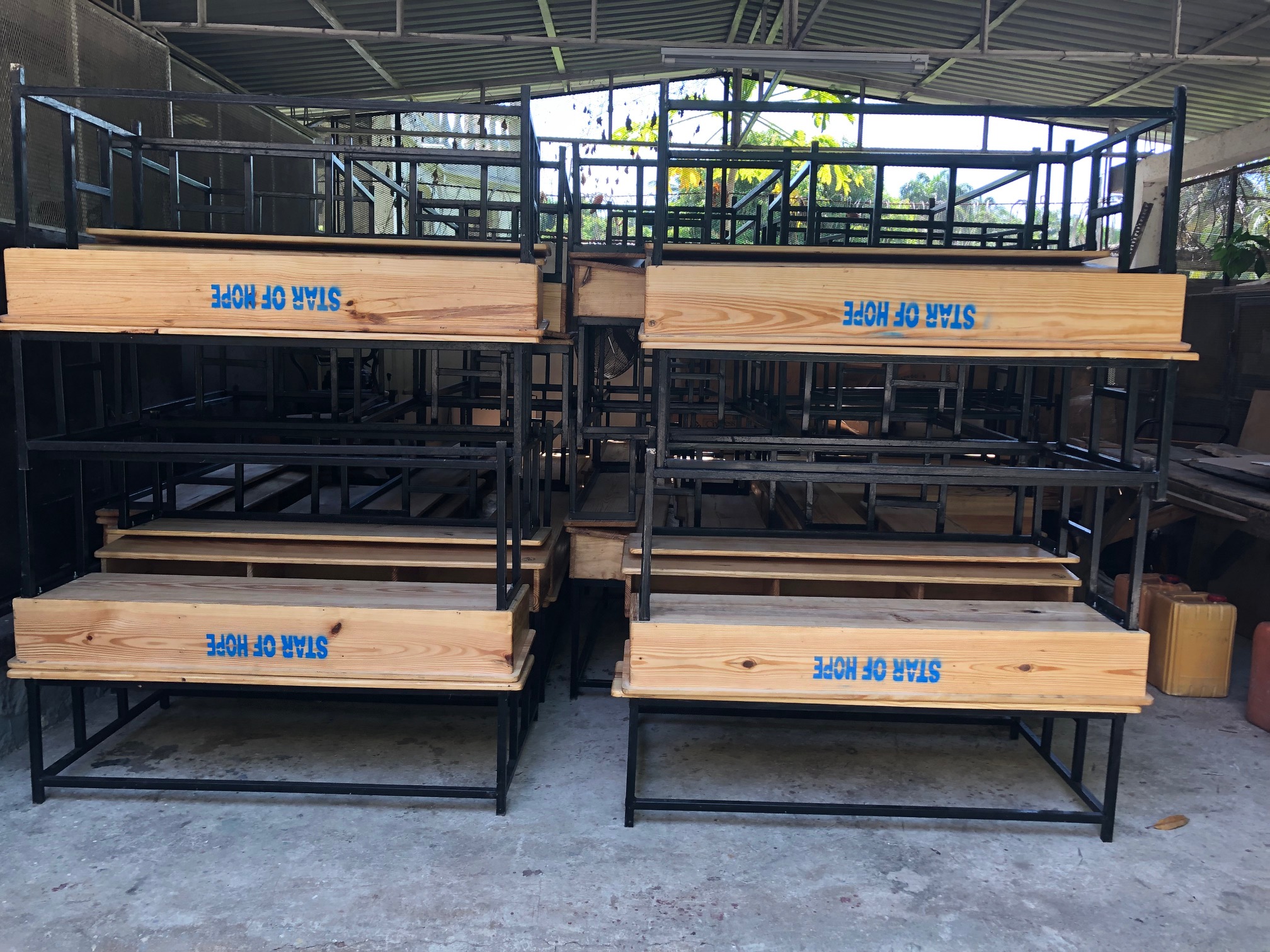 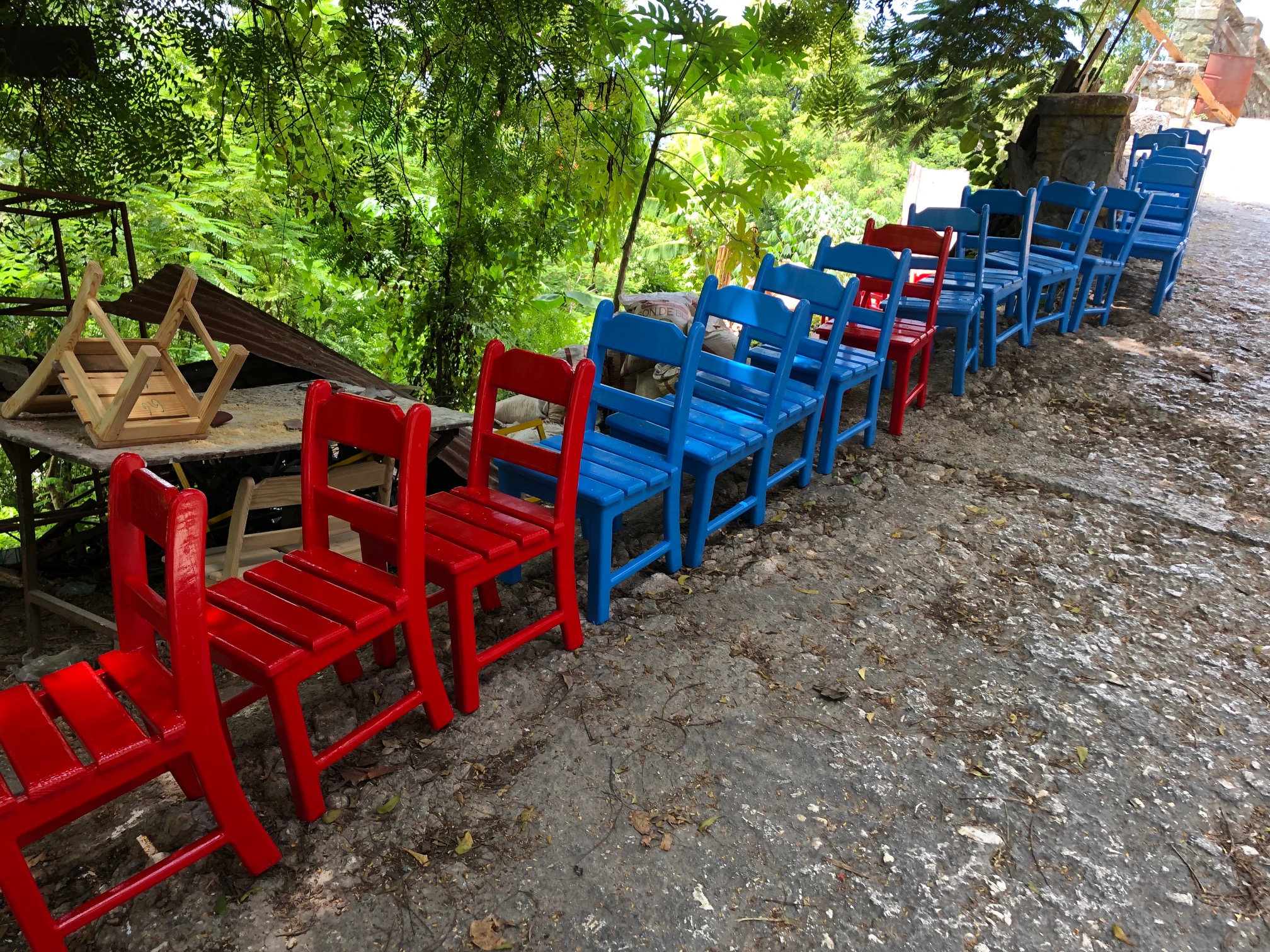 Not all back to school programs that have been delayed. Programs providing school books, school uniforms, and food have been delivered on time in every school one week before the problems started. We have sent out enough food to feed the children for the first school period (September to December). We bought large amounts of rice, cornmeal, dried bean, flour, vegetable oil, herring, and fish. The next food delivery is planned for January 2020 for the second school period (January to March). The third will be in April for the 3rd school period (April to June)

Except for book bags, supplies, and furniture arriving late this year, everything will function as it should as soon as the strike is lifted, and transportation is possible to all school programs.
Today, because of strikes and road blockage, all schools close in the cities and a low percentage function in the countryside. However, Star of Hope schools located in the countryside have higher attendance. 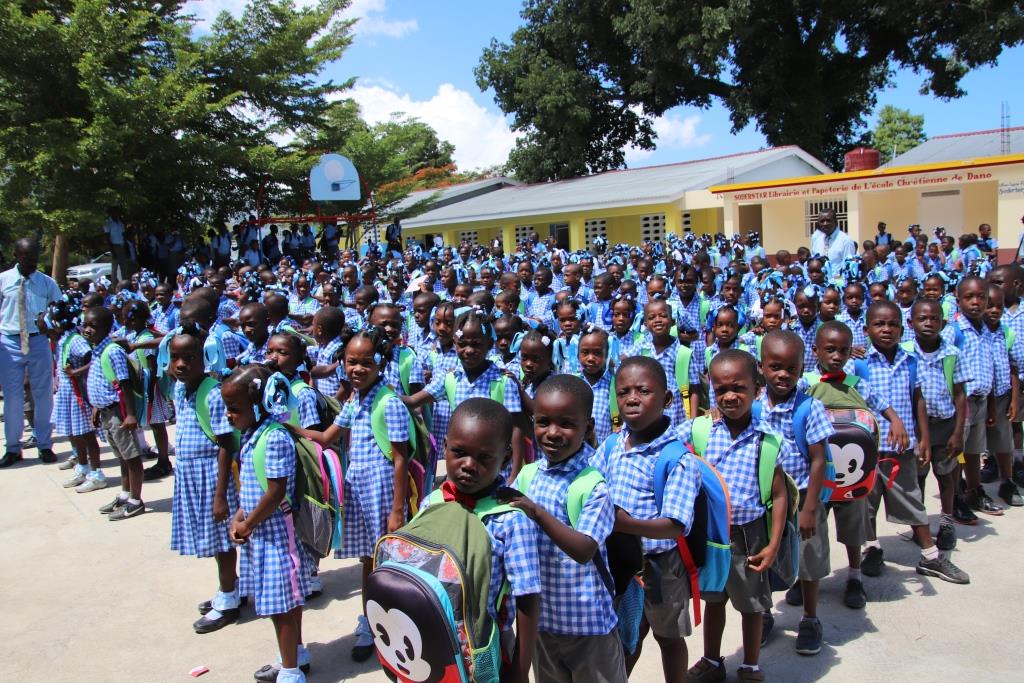 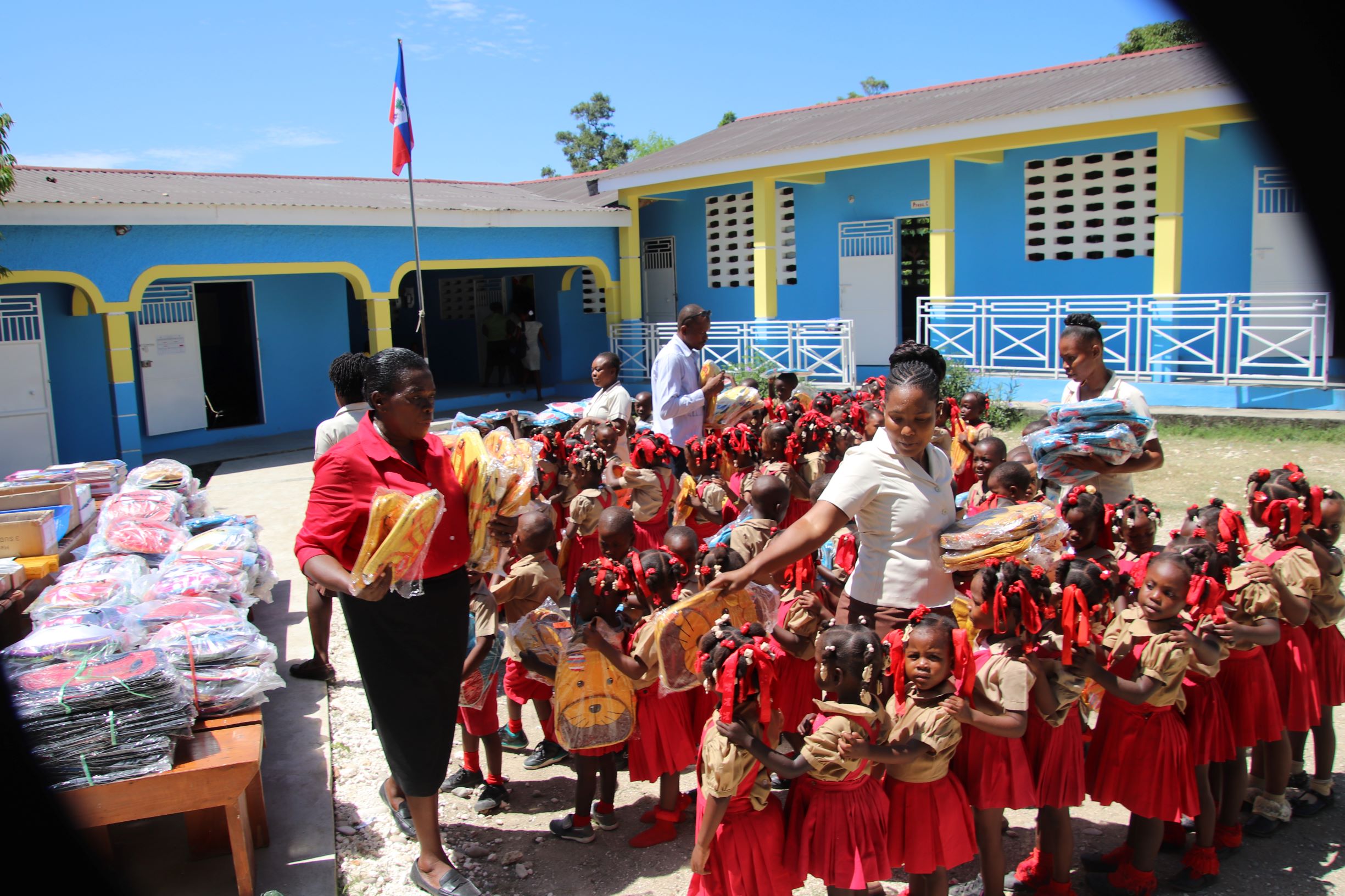 May God bless you all! Tony - Do you want to help?

YES I WANT TO HELP NOW