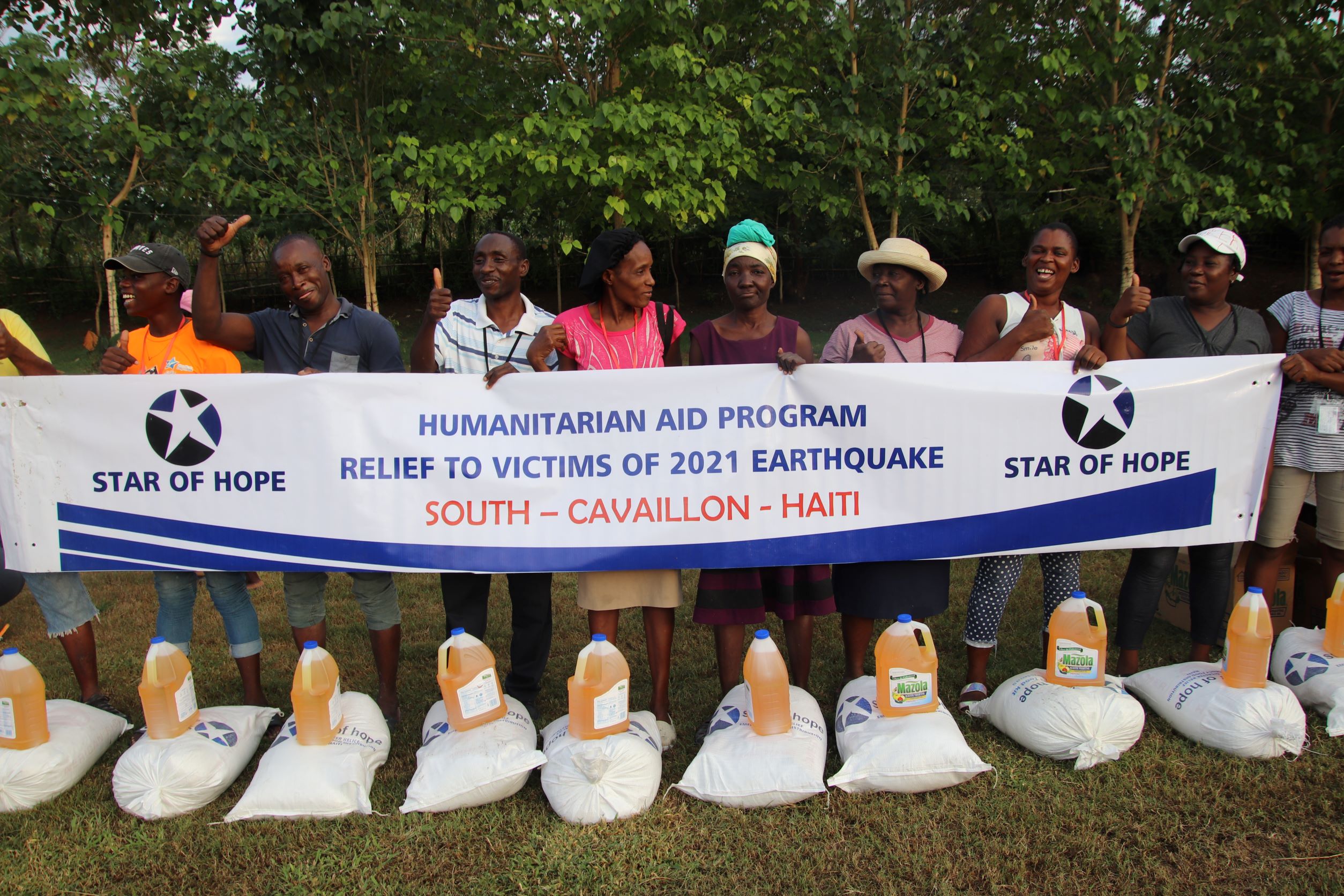 This article, text, and photo by Tony Boursiquot, Star of Hope Haiti

Dear Friends, Colleagues,
We have just completed our third emergency aid intervention for the victims of the August 14th, earthquake in Cavaillon Haiti. 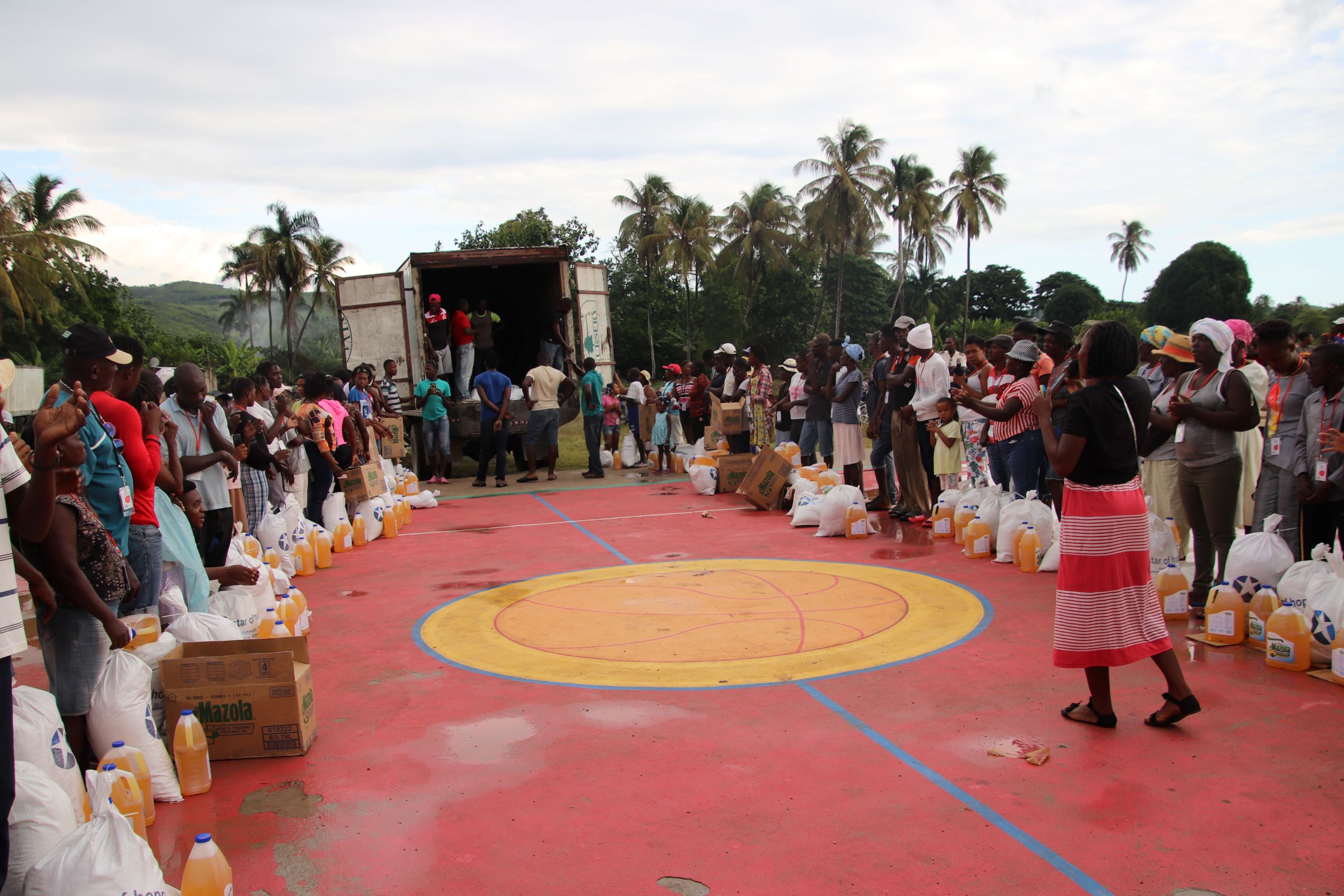 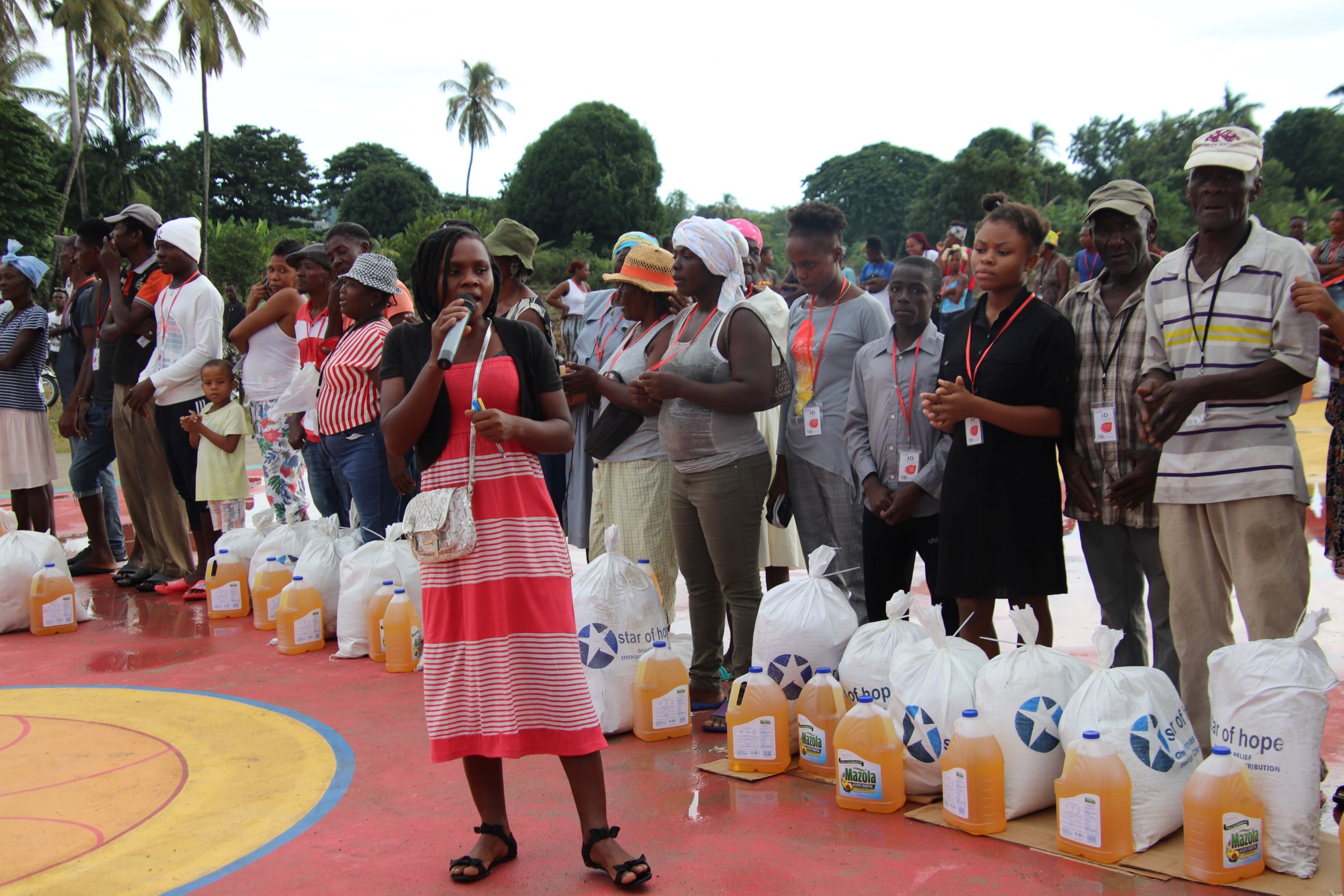 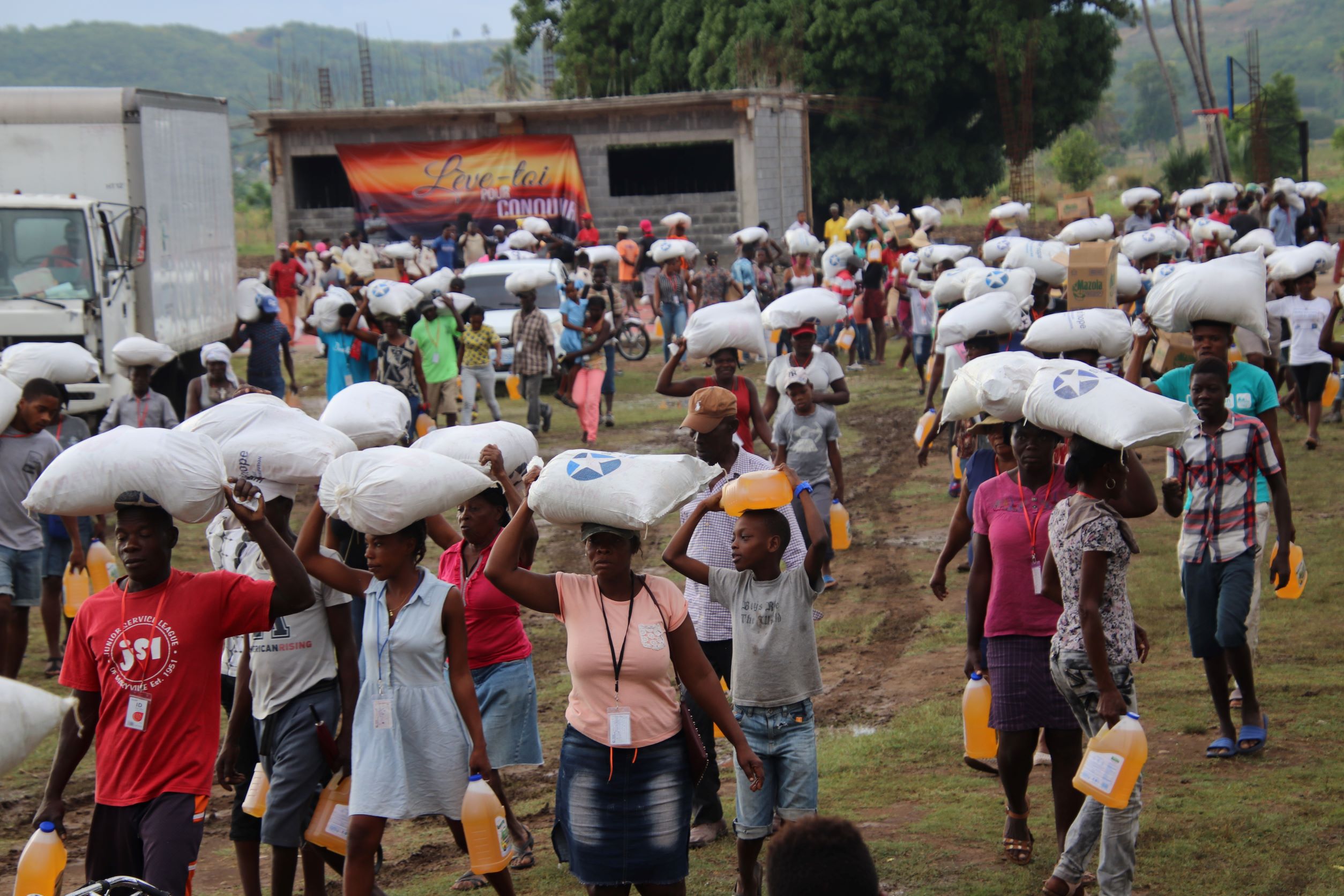 Update of the third emergency transport, the second food aid delivery of packages to 700 victims of the earthquake in and near Cavaillon Haiti.

Last week, the second round of food aid to the victims of the August 14th earthquake finally took place. It was delayed 3 weeks due to the deteriorating security climate and the shortage of basic consumer goods on the market in Haiti.

This food aid was expected to be provided to us on the first Saturday in November, but for the reasons mentioned the food kits were delivered on November 30. Due to the generalized crises which paralyze all economic, social, and political activities in the country.

Most of the humanitarian aid that national and international organizations initially intend to grant to the victims is diminishing considerably by the day. Thus, the population of the villages of Passe-Clos and Martineau in the town of Cavaillon impatiently awaited the arrival of the second food aid that Star of Hope had promised to bring to them in early November.

All were staged and moved then reloaded in two trucks to go to Cavaillon to deliver them to the victims. Due to the insecurity problem caused by the armed gangs controlling the southern entry and exit of Port-au-Prince we were of course delayed once again.

We had to wait a week to travel, we picked the least risky day to transport the kits to Cavaillon. Despite all the security measures taken, we still decided to pay for an armed patrol to escort the trucks through Martissant towards Cavaillon.

The two trucks left together on November 29, but due to threats of automatic gunfire from the bandits, only one truck managed to cross Martissant. The second truck had to turn back, wait and try the next day.

Thanks to God the second truck was able to pass early on the morning of November 30th. As we had made an appointment with the victims on the afternoon of November 30, we started food distribution as soon as the two trucks arrived in Cavaillon. 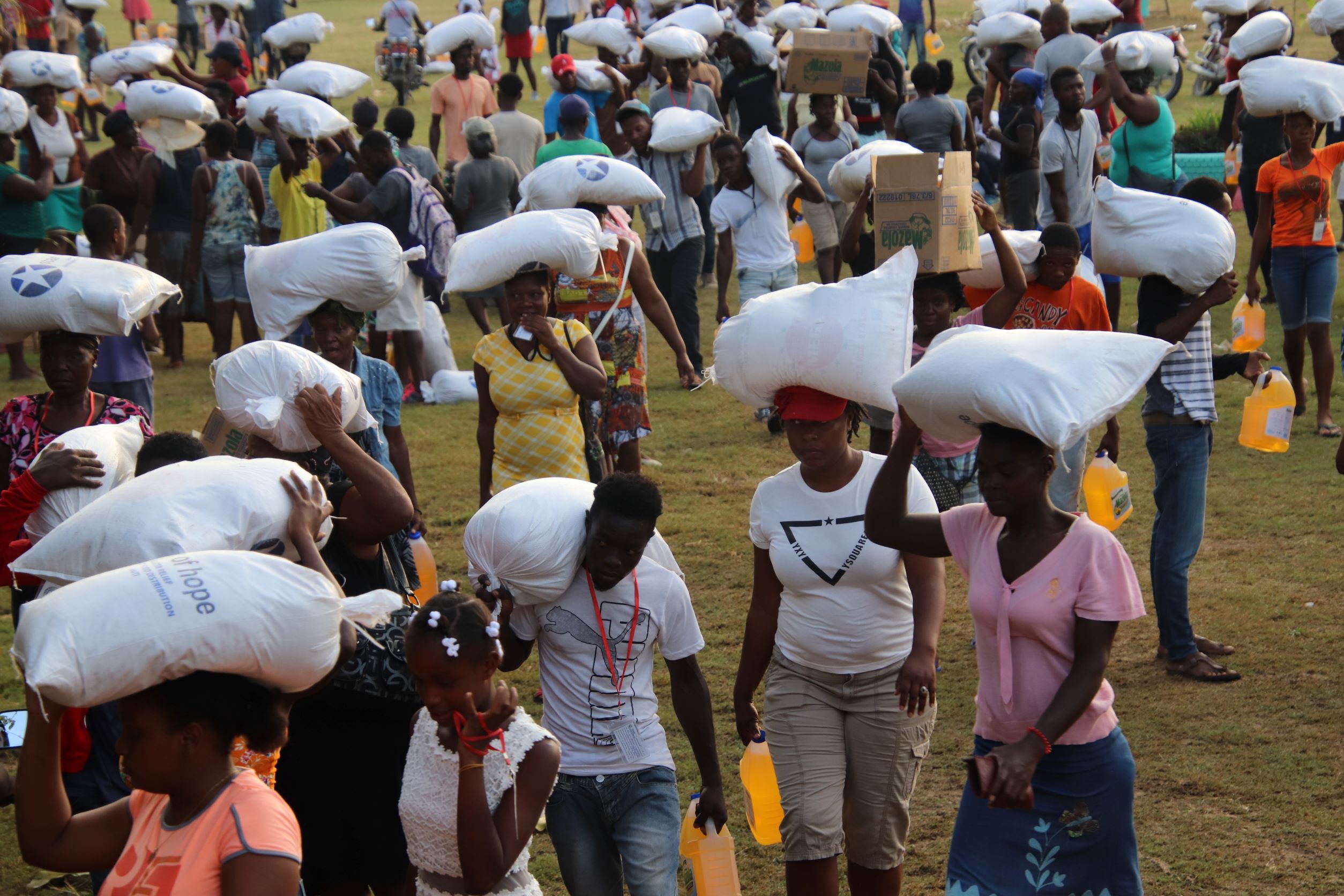 The first distribution took place at Passe-Clos at 2:00 PM led by Paster Reginald. The 350 beneficiaries were already online with their coupons to receive the kits. As it was raining, we had to start the distribution at the same time as the prayer and worship service that was scheduled to start before the distribution. 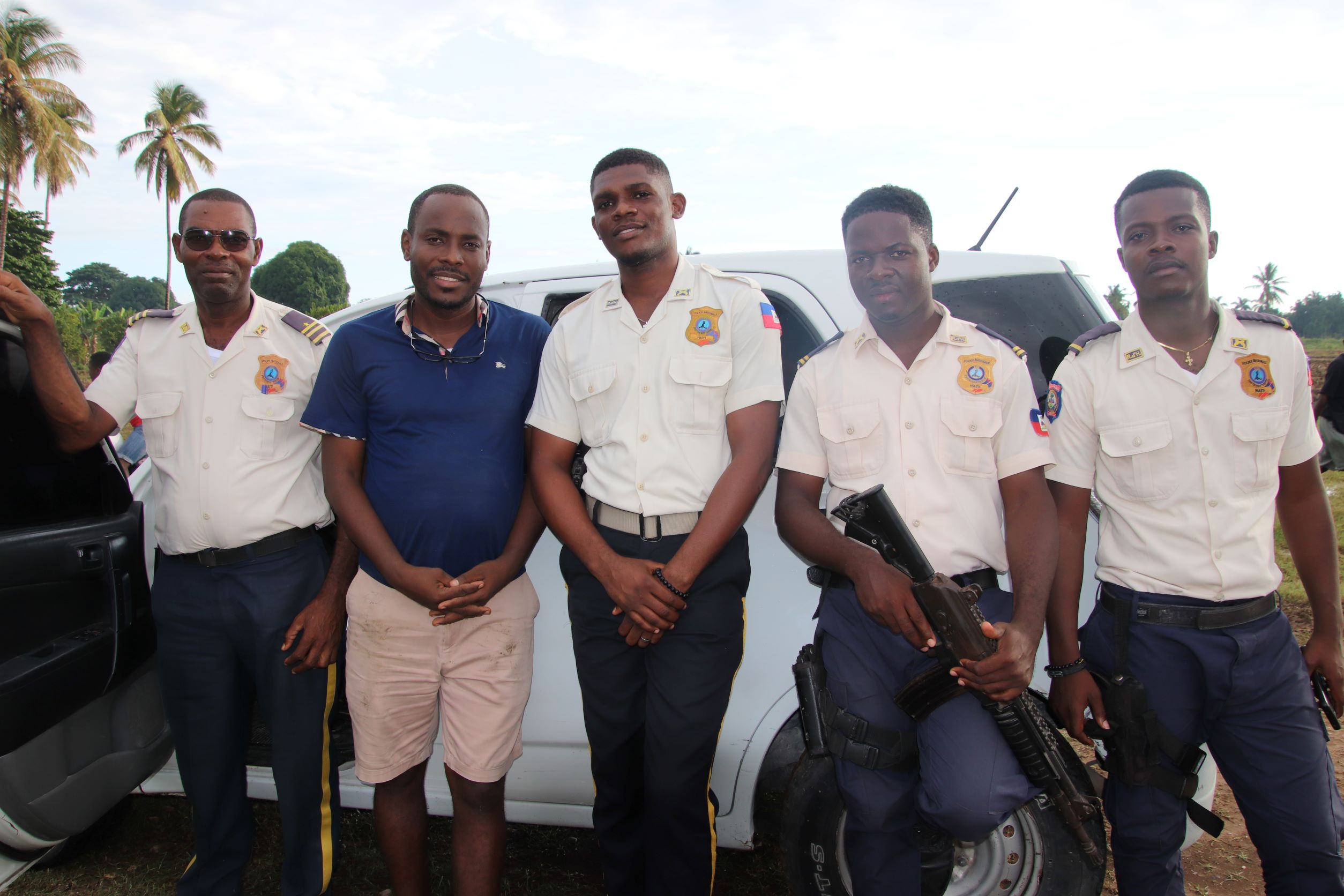 The leaders of "Light for Living" mission, which distributed food to the victims, checked at the end the cards of the beneficiaries to ensure that all the victims who had previously identified received the food kit that day. The beneficiaries, the leaders, and the population were left satisfied with the assistance and with the disciplinary way the assistance was provided with respect for all. 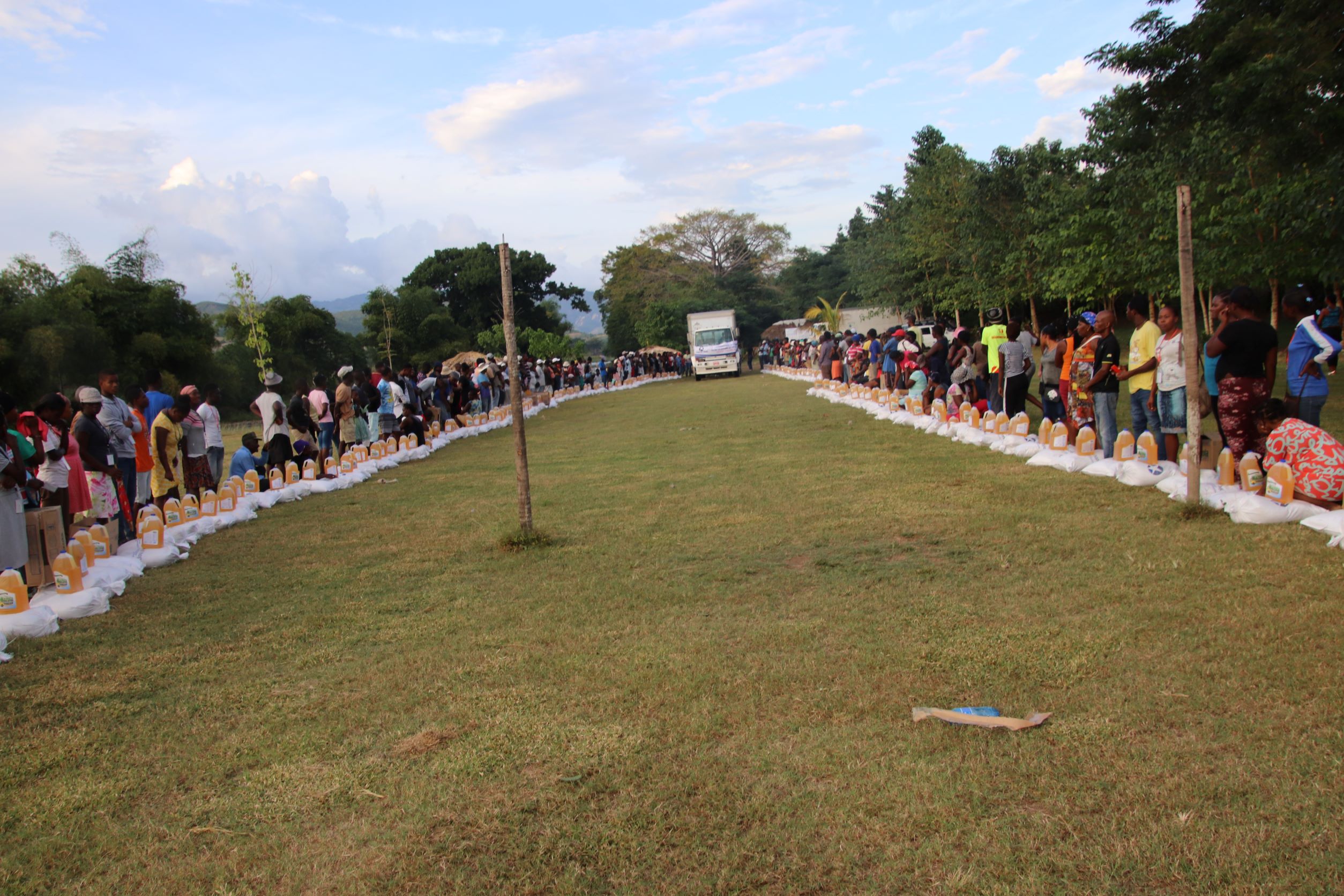 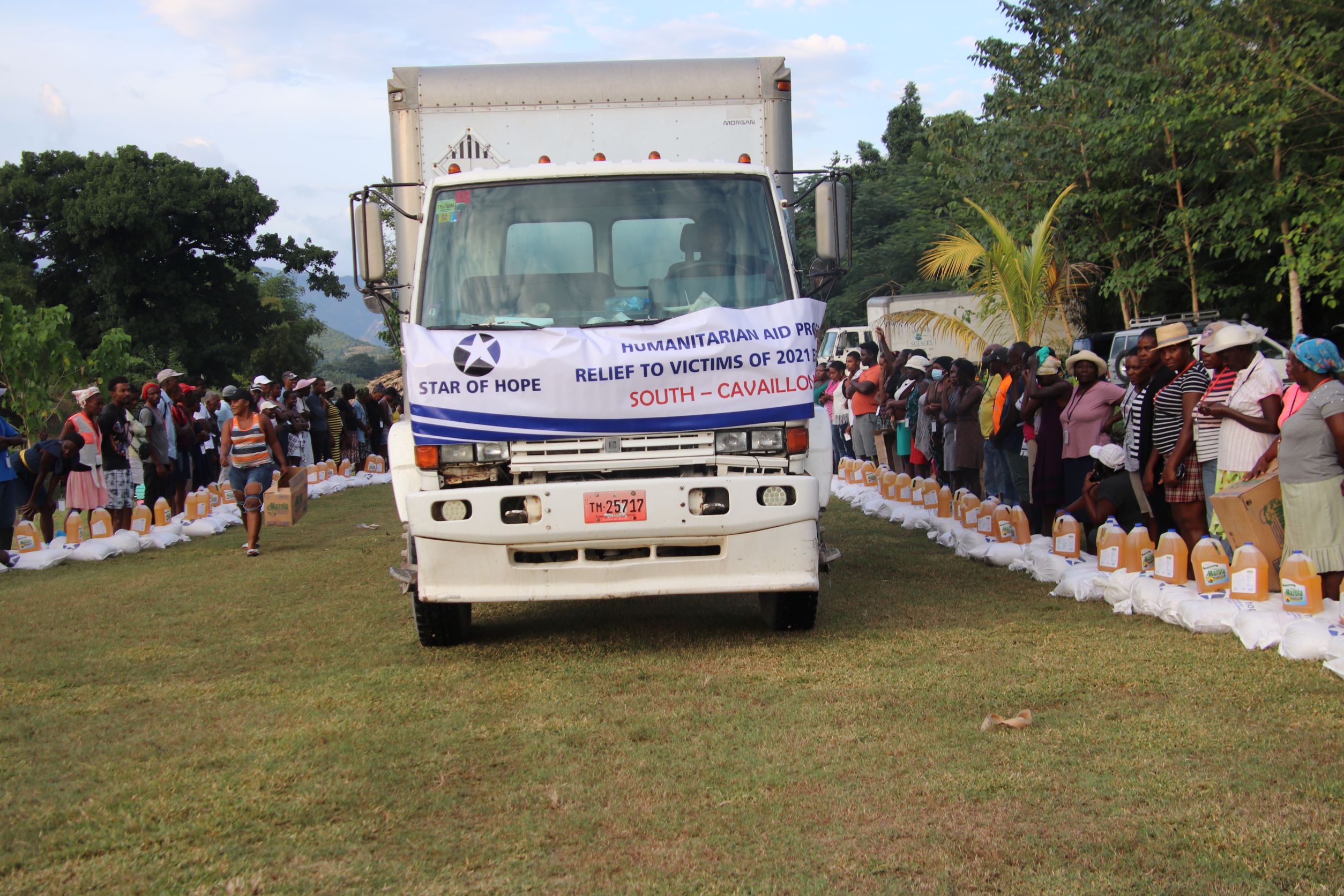 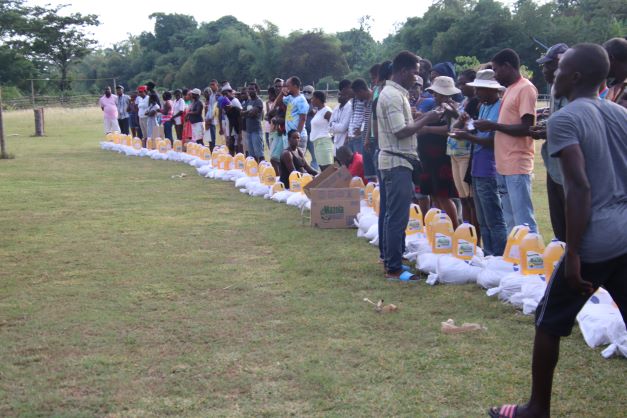 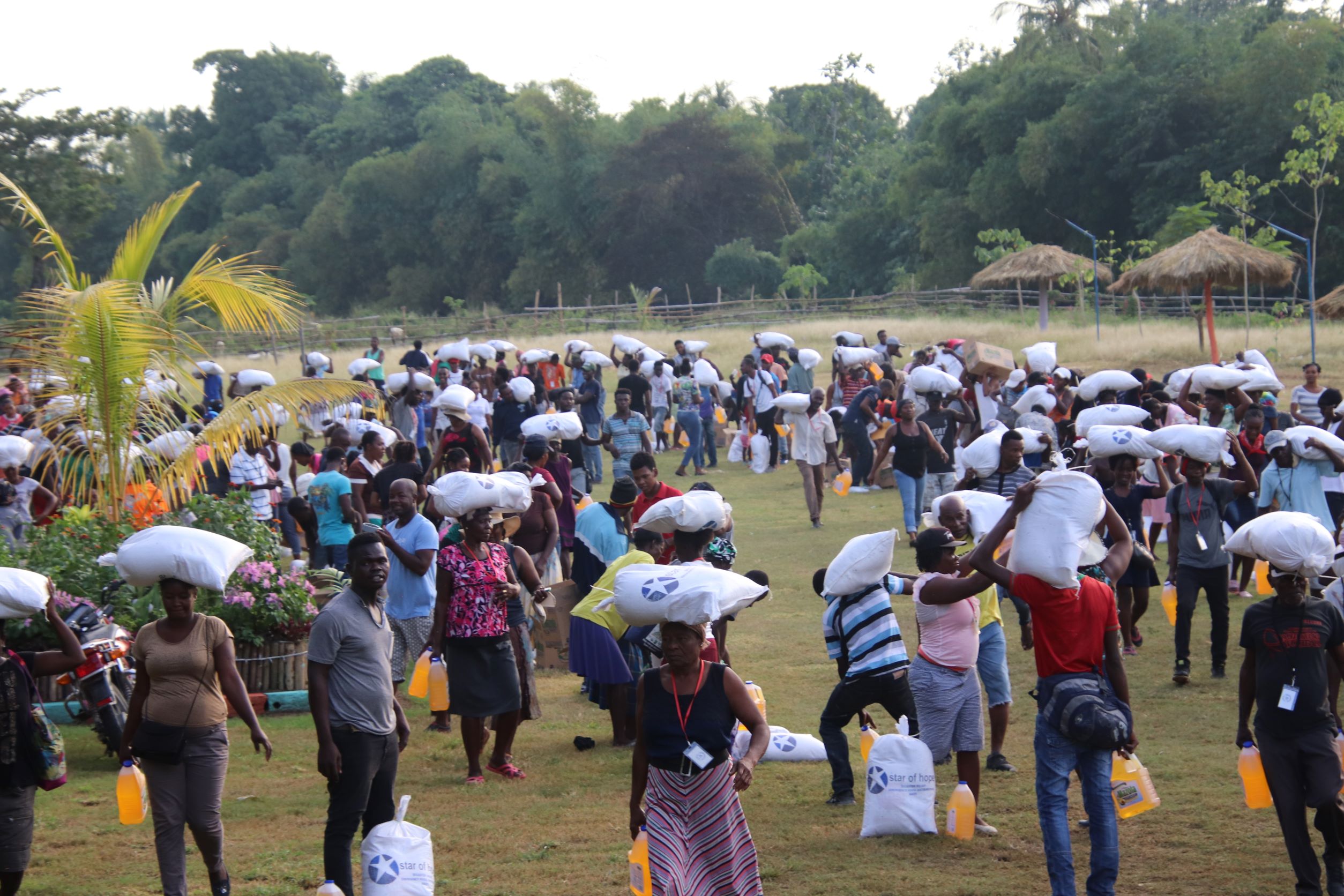 The distribution in this village lasted an hour and a half it started at 2 p.m. and ended at 3:30 p.m. I left Passe-Clos at 3:30 p.m. to go to Martineau to continue the distribution to another group of 350 victims who live 1.5 miles from Passe-Clos. These two villages are separated by the large Cavaillon river with the same name.

It was the leaders and members of the Pyramid Production organization who took the kits from the truck to drop them off at the feet of the victims with access cards. Because it was getting late, they did not have time to do the prayer service like Light for Living did, people followed the discipline guidelines, which made it easier to distribute kits faster.

The distribution in Martineau only lasted an hour. Each victim received a 90-pound food kit and a gallon of cooking oil. They were all satisfied with the much-needed help and thank Star of Hope and the donors for their solidarity and their big and generous hearts. It took us less than 3 hours to serve 700 victims in two locations with a food package.

To conclude I wanted to add that it is thanks to the support and the prayers of all of you, that we can successfully carry out the operations of the 3 emergency aid interventions to the victims in Haiti where everything seems impossible. The 700 victims we have helped urgently are counting on you for the next funding of the fourth aid intervention linked to the housing project which will be for their part of the most important humanitarian aid that Star of Hope would provide to help them return to normal life.

God loves you all.

Tony B, Star of Hope Haiti

Star of Hope's CEO Mark Presson says, "We still are looking for people who can contribute food packages.

Haiti has suffered so much and when I think it can not get worse it does. Political or natural disaster aside, it is the children we target and help.

In cases like this, the families also benefit. Please remember this area was devastated by a huge earthquake and storms and even if long gone from the media cycle the need and hunger remain.

We have not yet started to rebuild homes but the need is huge.

A dangerous job, get the food to the hungry in no man's land!

Christmas at Marigot - a fun video for you