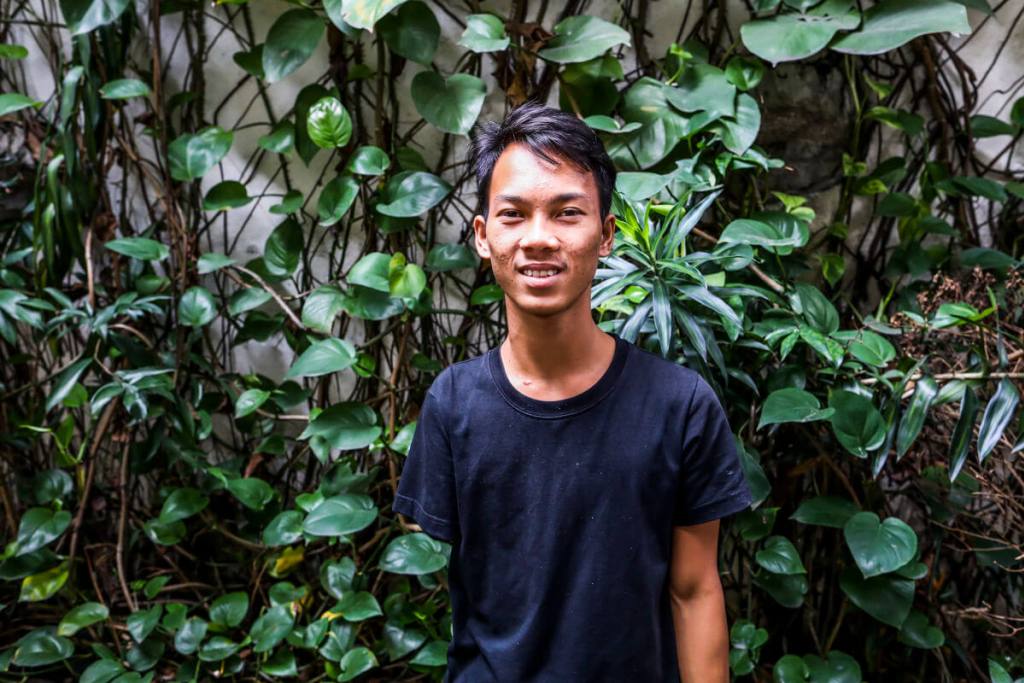 Joshua from the dump in the Philippines receives an education thanks to the Star of Hope. He survived a disaster and today he is a GREAT teenager who looks bright at the future.

Today it is 18 years since the huge dumping tip in Payatas, the Philippines raged. On and around the dump, about 75,000 people lived, of which at least half were directly dependent on the dump for their survival. Hundreds of people were buried alive, many were never found. A majority of those who died in the litter were children.
It was early in the morning, July 10, 2000. Many families were still sleeping in their small shelters, on and below the mountain, which consisted of 3.5 million cubic meters of garbage. It had rained for several weeks. Suddenly something loses, garbage begins to slide down one of the steepest peaks. It will be an avalanche. A smelly, dirty avalanche of heavy, sour, rotten waste. Those who live in the hopper and below do not have a chance. Hundreds of are buried alive. Some of them are in life. Some are not found at all.
I came to the tip the day after the race along with the Hoppet Star's Philippine staff. I was already in Manila and worked. We decided to go to the dump to see how we could help. We were greeted by a fog of flies and black smoke where children and adults rotate for recyclable material among the smelly garbage, while the rescue workers tried to erase the big raid. A surreal view, and the shock was total. Indescribably really! 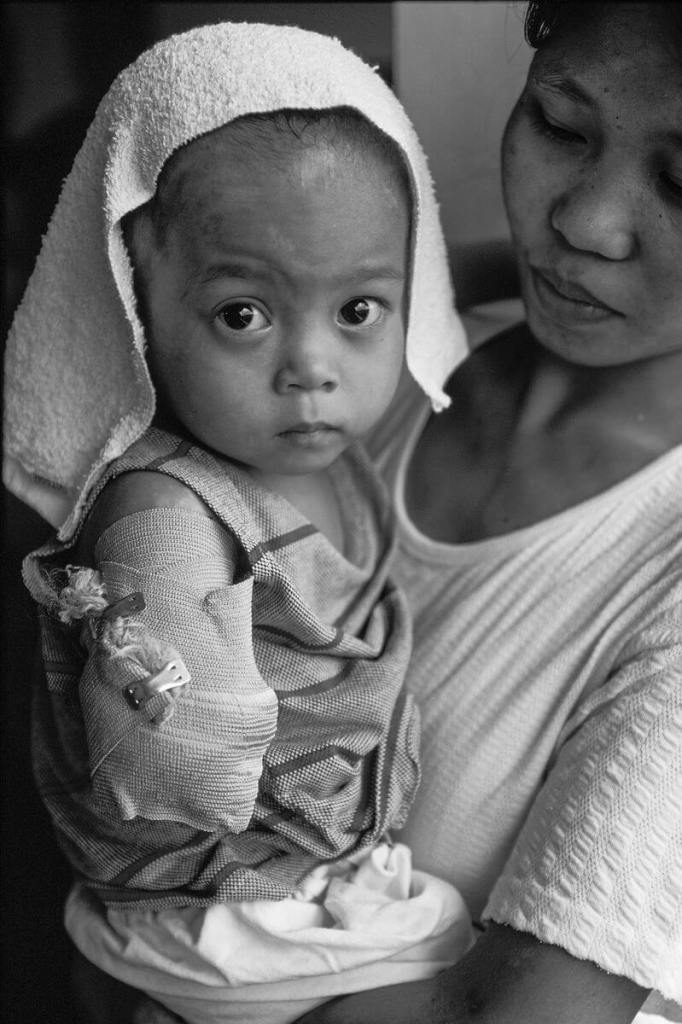 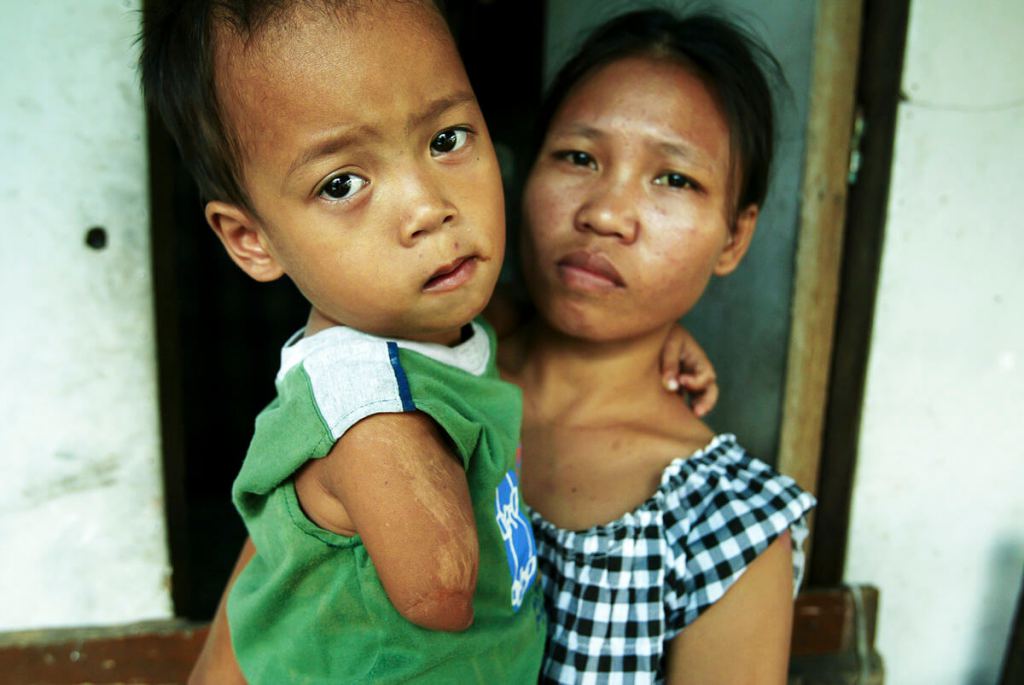 Young Joshua after the disaster.

Little Joshua, then only one and a half years old was one of many children who did not escape him. He ended up under the family's house, bursting with the pressure from the garbage. Joshua's dad caught his left arm and fought fiercely not to drop while trying to defend himself against the avalanche of garbage falling over him. When Dad finally gets rid of Joshua, his right arm is worn off just over the elbow, but Joshua lives.
After a first visit and meeting, we returned the weeks after the disaster to assist the victims in several rounds. It was a difficult job, we met people who were in shock, who were afraid, sad, angry. Many had lost all they had; his family. In several crowded evacuation centers lacking clean water, shower facilities and toilets we met orphaned children, infant mothers or dads, vulnerable to becoming even more vulnerable. We shared food and clean water, medicines, clothes and mosquito nets. All in close cooperation with local authorities.
It was at one of these centers we met little Joshua for the first time. He and his family were one of many families who later received support in several rounds. They were allowed to move into one of the simple but functional homes that the Jump Star built right next to the garbage dump. A support program was initiated for children from Payatas to receive training. Joshua has since received financial and moral support. The family is still poor and relying on finding garbage but the support from Hope's Star has still given the family hope for the future. 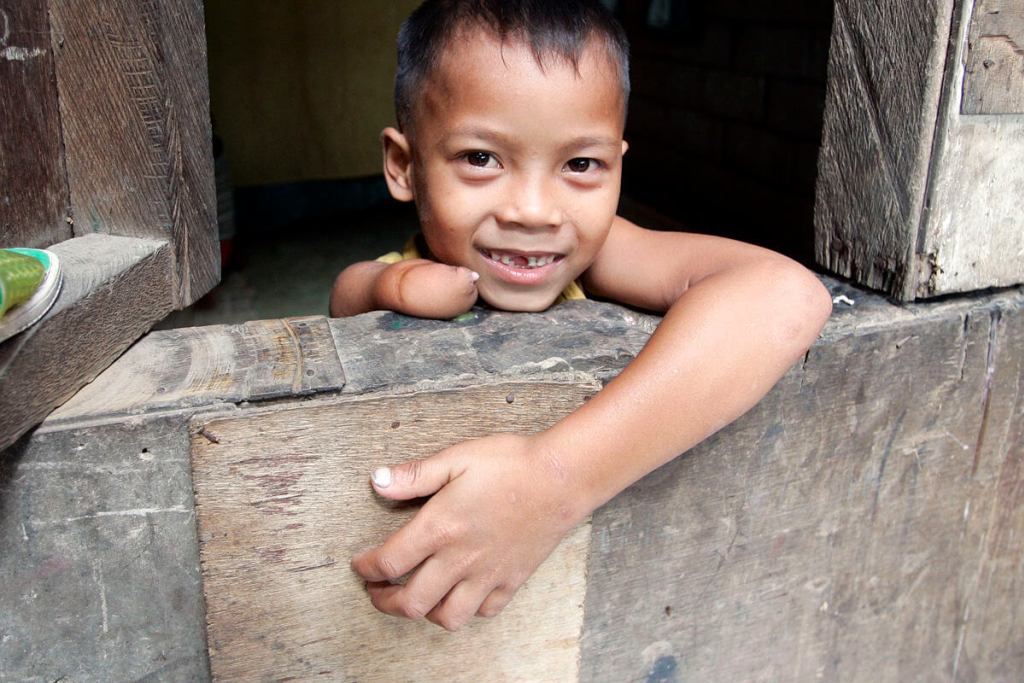 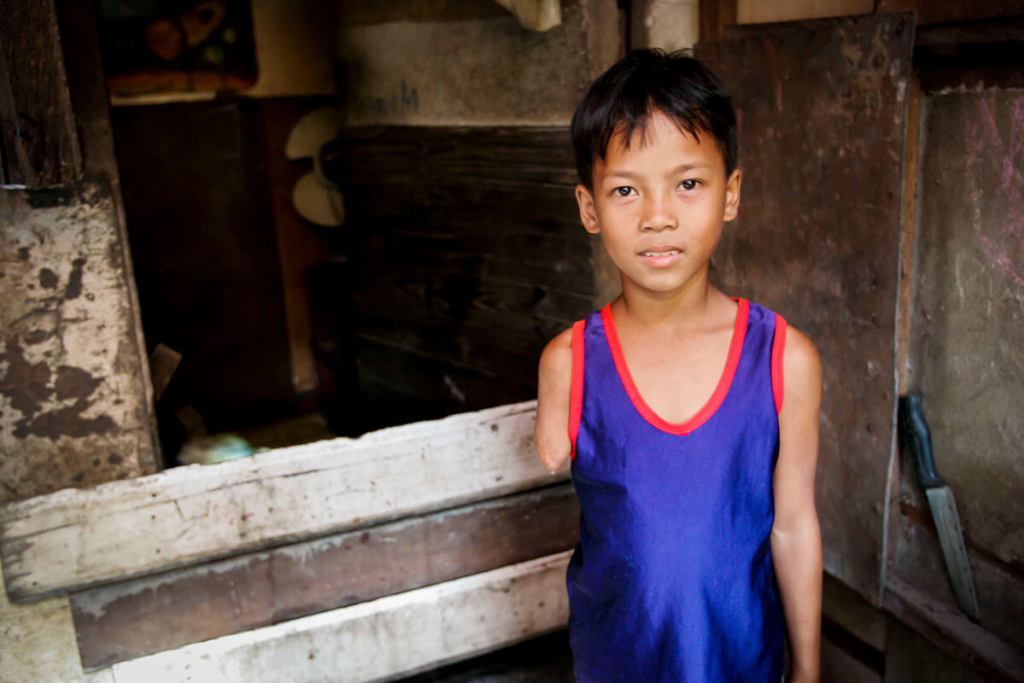 Today, Joshua is 19 years old and began in the fall of 2017 at "Technical Education and Skills Development Authority (TESDA)". He will learn how to repair and service different types of engines. Joshua thinks it's interesting and educational. Upon graduation, he hopes to get a job as a mechanic to help support his family. 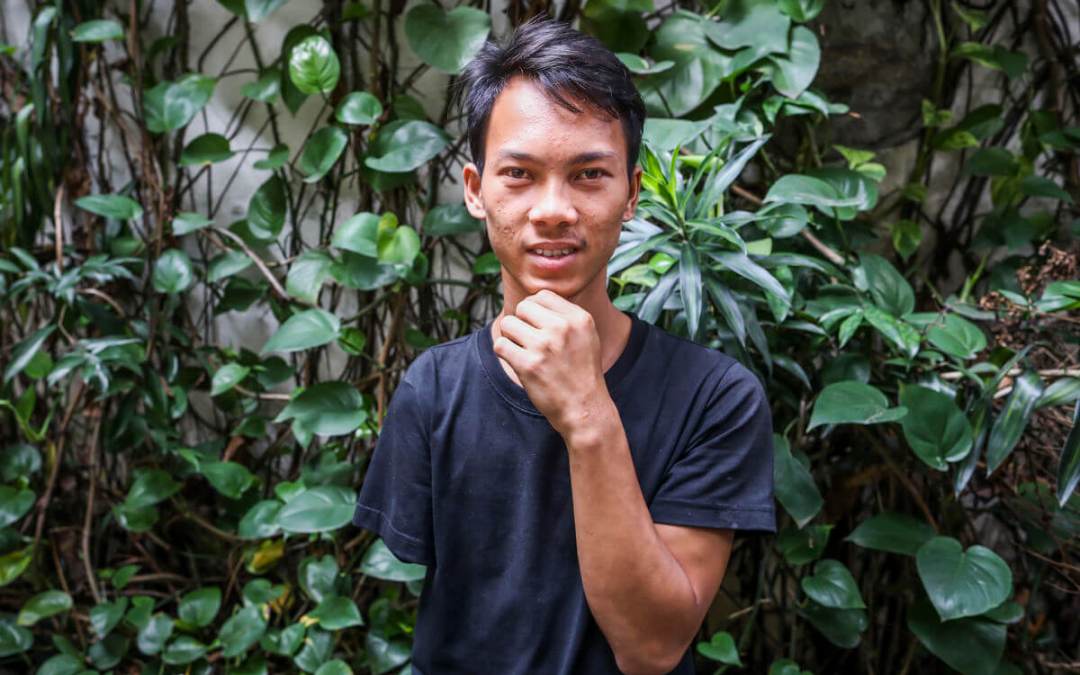