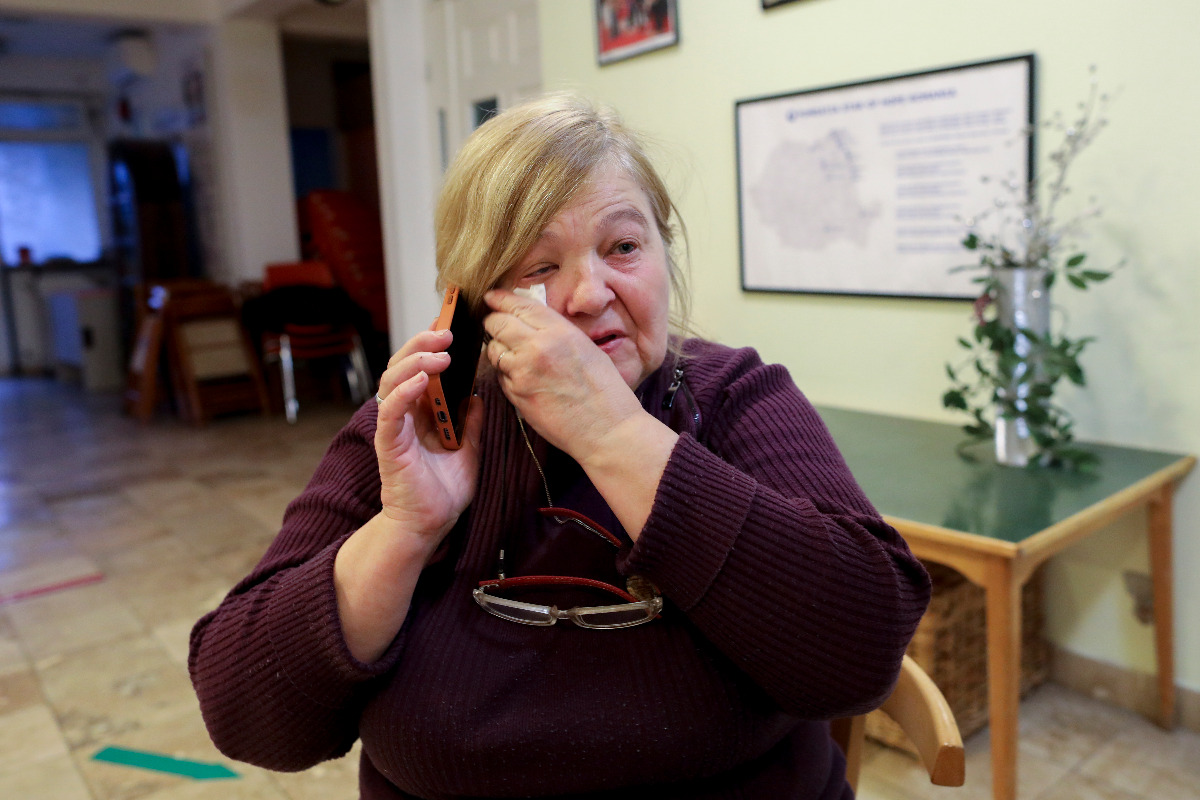 Oxana is a grandmother who left Ukraine, a son, a house, and her memories.

We met Oxana when she came to our center from Iasi, together with her husband, her daughter, and her little grandchild, Konstantin. They asked us to offer them a warm bed and a roof. They had fled the war in Odesa, Ukraine, and she was crying and hugging us. She only knows Ukrainian and Russian, so we asked a translator to help us by phone to understand better what she was trying to tell us.

We found out that Oxana is a grandmother, like many other grandmothers in Romania, who worked all her life with her husband, dreaming of a peaceful old age, in her house. She has two children and a grandson, Konstantin, who she says is the light of her eyes.

On February 24, everything turned into a nightmare. War sirens began to sound over the city, and people hid in the basements. She remembers doing this at least three times a day. Then she decided to flee away with her husband, daughter, and little grandson, leaving behind her second child (a son who remained in Odessa to defend the city), her house, and her memories. What a nightmare.

Her husband has diabetes and goes on crutches. He seems a very calm man, although only God knows what is in his soul. He is the one who goes out in the courtyard of our center with his grandson.

We offered her a Bible written in Russian. She told us that it was the most beautiful gift anyone could give her. They fled to Romania in a hurry with only a bag of medicines and two others with a few clothes, most of them for the child.

We provided them with food and a Romanian phone card so that they could communicate any time of the day or night.

Konstantin is four years old and is an amiable boy who offers everyone candy from the ones he receives. But we had to call for an ambulance twice. We were scared because the boy had a high fever. We went to the hospital with the mother and child for a consultation. When we entered the hospital, there were a lot of people there. The child started to cry, and his mother kept telling him that he was not in the bunker. Fortunately, the doctors said that it was pneumonia not so severe, and did not consider it necessary to hospitalize the child, so we returned to the center and bought all the medicines prescribed by the doctors.

Recently we went for a walk through the city. It was a wonderful, serene and warm day. We were surprised to hear Konstantin's mother say that she couldn't believe she was walking and the sun was shining in the sky and that no siren could be heard, that she was so happy that it was peace. We ate, then we led them through two art museums in Iasi.

We were highly impressed when, one day, Oxana, Konstantin's grandmother, handed us a gratitude letter written in Ukrainian. Such a nice gesture.

Grandma Oxana calls her son (who got to stay in Ukraine) every day. We caught her crying a few times, and we were scared, but Oxana's daughter reassured us that her brother was ok, only that the news from her friends left in Ukraine was not good.

We end these lines by thanking you all once again, with all our hearts, for the warmth with which you support these war refugees, and we are grateful for your confidence in our power to alleviate the pain and provide the support they need. 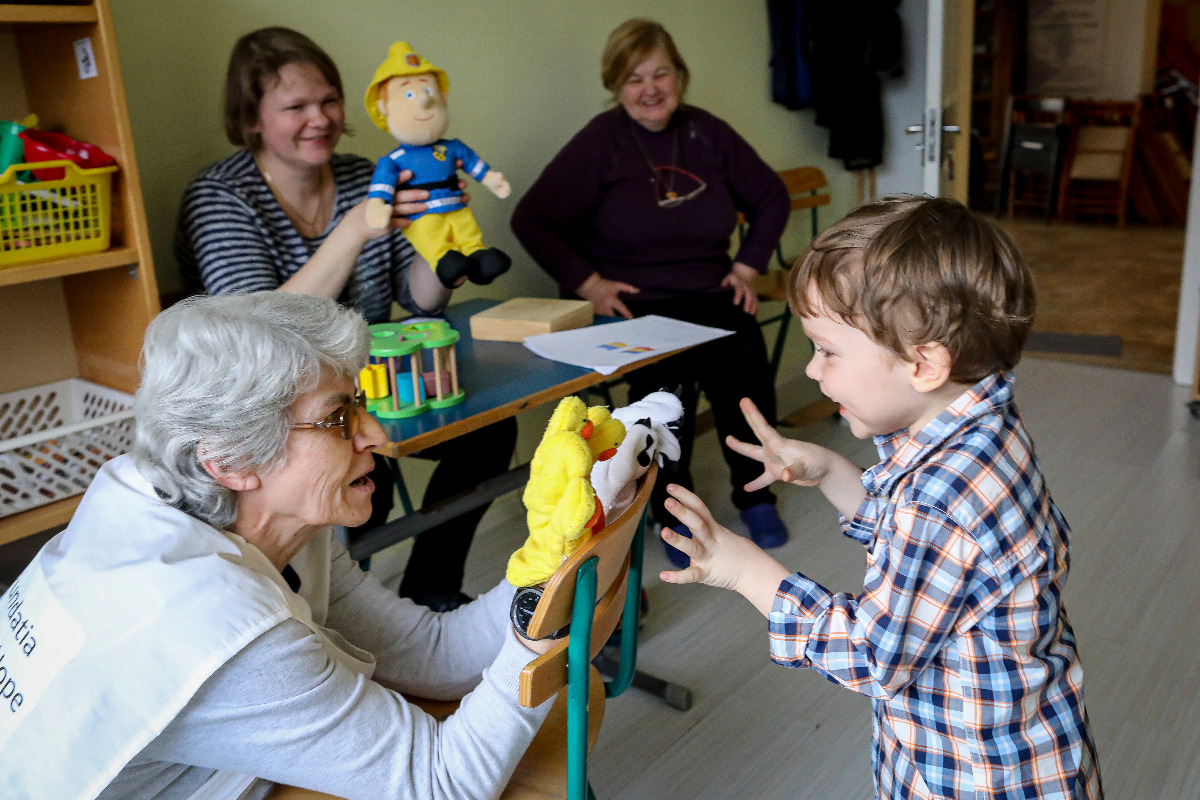 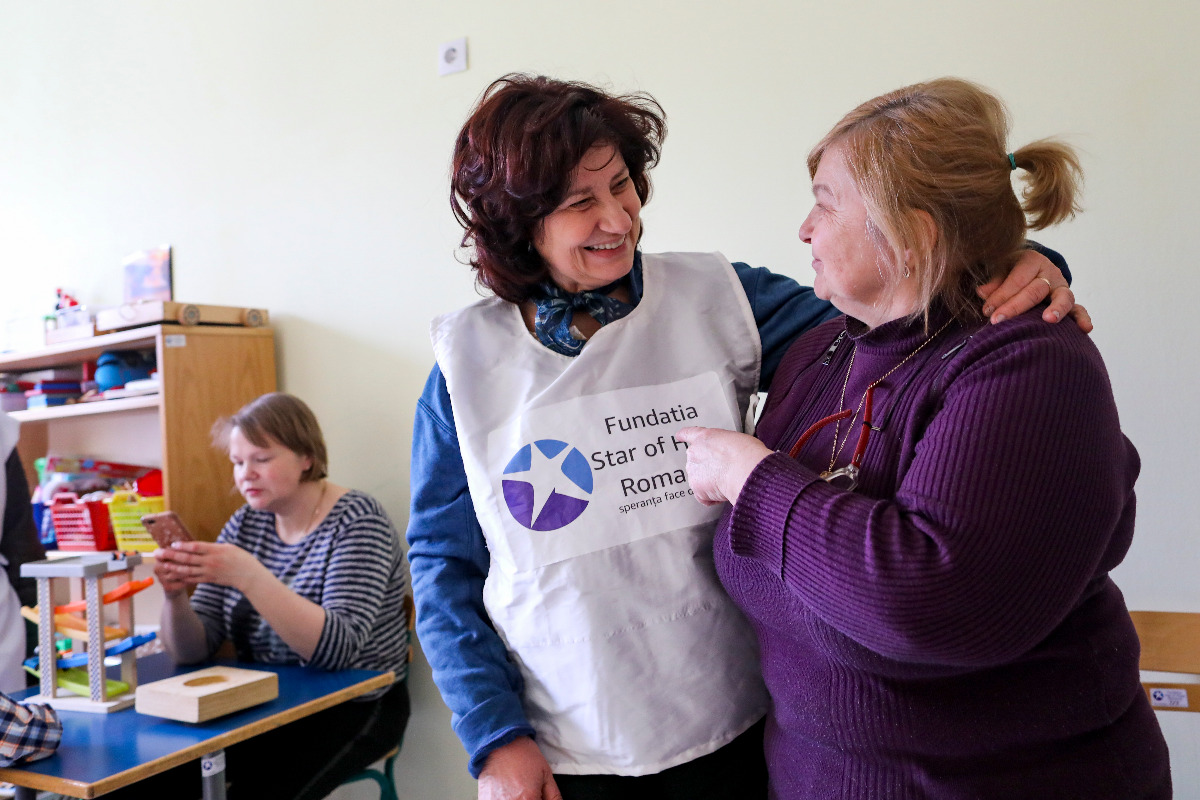 Time to help the work right.

You can lyft up the children still fleeing Ukraine