When you give to Ukraine...

The world's eyes have once again turned toward the Horn of Africa, where between 10 and 15 million people are dying. That number is so difficult to concieve that so let's just say men women and children are in fear for their life due to lack of any food and water. 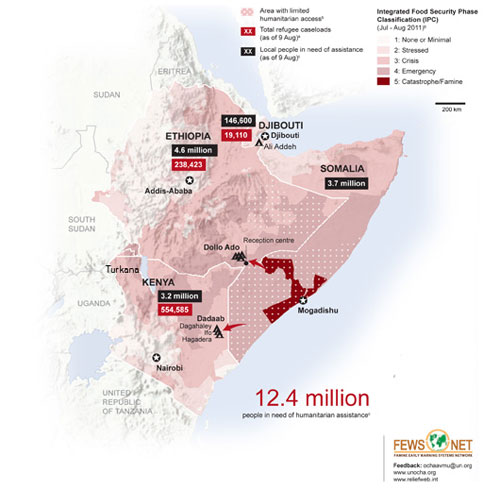 Famine in the Horn of Africa every summer is a fact of life. But according the UN, this year parts of Ethiopia, Somalia and Kenya are hit by the worst drought in 60 years. Food prices are going up all the while cattle are dropping dead from dehydration - if the family is not already subject to emergency slaughter of food shortages. UN categorizes the situation in large areas of Kenya and Somalia as severe, the level during the worst famine. 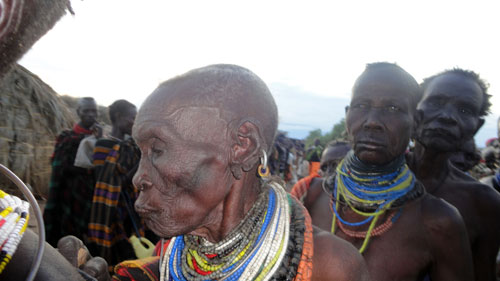 Older and proud tribe leaders not sure of next step.

This area has suffered from years of drought and crop failure but the famine years, now more frequent. The people, animals or plants get a chance to recover, it makes famines we are seeing now are becoming more serious. Even if the rain comes back, it may take a very long time before we can till the soil again.

Star of Hope has been working in Kenya for more than 20 years, primarily with education. For this emergency we have teamed up with IAS, International Aid Services to get help to most desperate.

In partnership with IAS we will provide aid in Somalia.  IAS has worked in Mogadishu, the capital of Somalia for many years and has focused on drought relief since April. In three large refugee camps, Waberi, Badbado Tribunka and we are distributing food, water and plastic sheeting for emergency shelter.

Through Star of Hope Kenya we will will focus our assistance to the Luitani people in the area of Turkana, one of the areas of Kenya hit hard by the drought. Star of Hope has contacts and a presence in the area since the 1970's.

As there are no large refugee camps in the Turkana region, our help will be distributed to the severely affected the local population still in their villages. The help is mainly the food needed, corn, beans, rice and cooking oil. 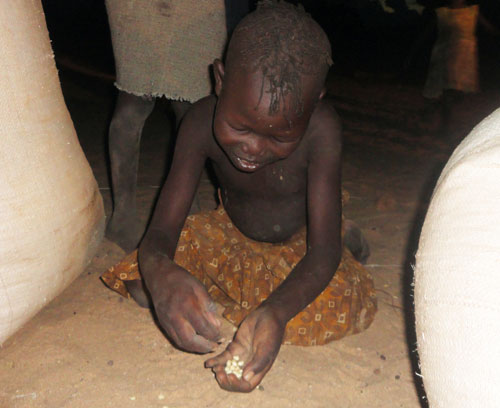 Every grain is as important as life.

Your gift is needed!

Distribution is underway and we will continue to give food packages to the Luitani area Turkana Kenya and support IAS in Somilia as you make it possible throuigh your gifts.

In a Prison in Mombasa Kenya men and women are without a future; yet there is hope.

Star of Hope through its ETV Organisation has run a prison ministry in Mombasa Kenya. The prison mission is at Shimo Latewa. There are about 2500 prisoners in 4 different areas and the conditions are not good at all for the basic physical or the spiritual needs. In some parts of the Prison there are even nine “9” year old prisoners. Many men wait for their death sentence to transpire.

Our missionaries, Judith Löfsund and Ingeborg Setterby have prayed for many years to be able to get into the prison system and preach the word on eternal life. Last year the prayers were answered when a new prison manager was appointed and she was a believer who opened the doors to Star of Hope. Many prisoners have now been saved and we want to spread the word to more prisons in Mombasa, we want to but need a bit of help from you. You can be there and help; perhaps not in person but you can be on the front line doing good works so please consider helping us help.

Can you help us to spread the word? 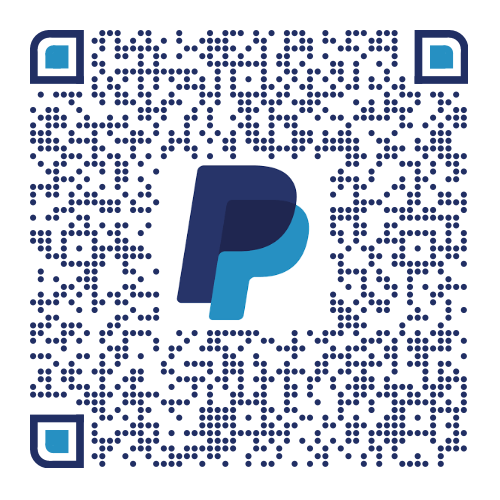