Star of Hope has been working in Argentina since 1972, and in 1977 we started working in the Chaco Province. In this case, we are primarily working to help poor and vulnerable people within the Toba minority group. 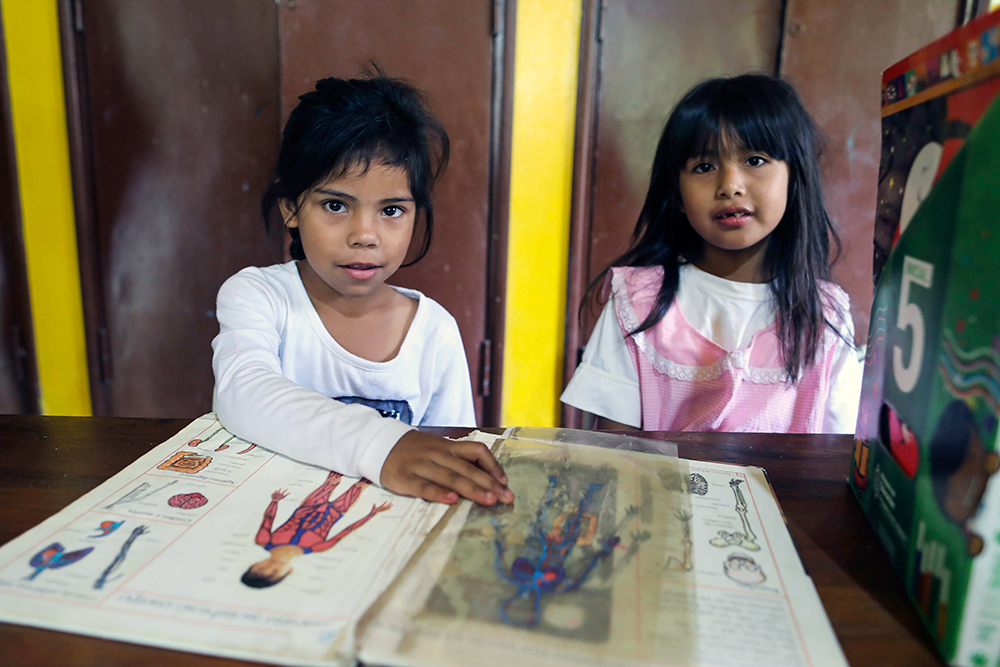 Chaco is one of Argentina's hardest economies and in this province, where 50% of the population lives in poverty. Among the Toba people, 85% are poor.

Through several activities and projects, we have lifted thousands of people out of poverty and misery into a more worthwhile life with greater opportunities. We have built schools, kindergartens, churches, health centers, and houses. We have drawn water pipelines in several areas. All of this has contributed to higher living standards with better health and greater conditions.

Long-term work has always been focused on education and giving students from the Toba people the right conditions to shape their own lives and a chance to hear the Gospel.


Preschool
We have built several preschools in the villages around Saenz Pena. Most have been left to the municipality, one in Nam Qom we operate in cooperation with the municipality. There are 50 children there every day and the teaching is bilingual. The children will learn the different subjects in both Spanish and their native languages.

Studies
In 2016, 435 young people in northern Argentina studied at various levels with support from Hope's Star. We give them support, school supplies and shoes. Mentors and social workers follow up on the students' progress continuously during the school year. Every year, young people graduate from different schools and institutes, that are supported by Star of Hope. Some of them graduated from upper secondary schools while some also graduated from college as teachers, nurses and even lawyers. All are ready for the labor market.

Vocational studies
Jump Star's vocational school in Nam Qom offers two-year courses in different subjects. At present we have cooking and baking school, sewing and weaving school and also a craft school. At the end of the year, about 50 students graduate from these courses. Some of them have already begun to use their newly acquired knowledge and get to earn a living fast, thus providing for their families.

New play park for a newly opened school in Argentina

Meet Kenth Johansson who arrived in Chaco Argentina in 1972