From 1994 - 2000 thousands of children received direct and/or indirect help from Star of Hope. 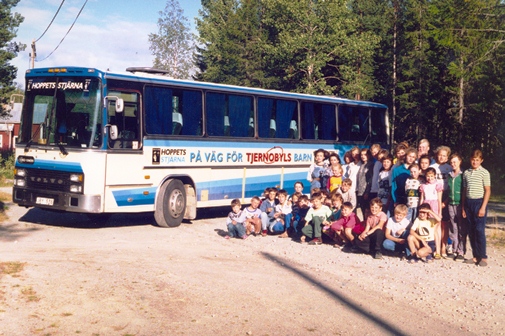 Especially helpful were the camps in the natural, unspoiled areas of Sweden. Since then, the children who today are adults, have had regular follow up visits with regard to their health and social condition.

Star of Hope has meant so much to the children and adolescents. They experienced a miracle when their health improved so much during those years. They are committed to continue telling their story as well as and passing it on to the next generation.

We also have a desire to sponsor a reunion composed of children who received help from Star of Hope during that tragic period. 2013 will be the 20th anniversary of the opening of the first Chernobyl health camps held on Högbrännagården in northern Sweden.